For white men, acts of extreme violence are ubiquitous, they are normalized, and they are celebrated.  This makes sense in a country where we read perpetrating genocide as brave.  This ideology trickles down to individuals, loading them like weapons and unleashing them in a world full of potential victims.

A 64-year-old white man, retired from gainful employment, living in a retirement community sprayed a country music concert with automatic rifle fire, killing 59 and injuring more than 500 people. The news is describing him as nondescript.  Retired detectives and police chiefs clog up the pundits’ chair in cable news, assuring us there is nothing about this man that would cause suspicion. His brother, at a lost to shed any light on his motives, calls him, “Just a guy.” This guy had 34 guns.  He had ammonium nitrate, often used in bombmaking, in his car.  He had tannerite, another explosive material in his home. This is not like any guy I know.

A round-up of news reporting from the left and the right details the methodical attack, they describe a killer that planned from his room for days while he brought guns in in no less than 10 pieces of luggage and conclude with “we can’t know why he did it.”  Some are already asking about his mental health, his Asian girlfriend.  Everyone is looking at everything but his whiteness.  He’s not crazy, he is living out the tenets of whiteness.

Across the internet, good writers of conscience are pointing out that white men are the primary perpetrators of terror in America.  Facts.  Authorities claim we need more information to know what motivated him.  But do we? White supremacy is at the heart of the “lone wolf” terror attacks perpetrated by white men in America.  This is not just about avowed Nazis and the alt-right.  The ideas central to whiteness are contributing factors to rising violence in our country.  It’s not just that white privilege allows the shooter to face fewer consequences or receive better media coverage.  Before the first victim is harmed, these ideas central to white supremacy encourage and embolden evil men to rain terror, yes terror, on America. Whatever we find in the coming days and hours, these ideas, central to whiteness in America are contributing factors

The myth of America is centered on the rugged individual. The narrative of white supremacy erases the contributions of people of color and centers the cis white male at the center of every story. Taking the law into one’s own hands, ignoring the rights of others and doing whatever you want whenever you want even if it results in genocide or homicide is totally acceptable. Davey Crocket, John Wayne, Batman–all lone wolves celebrated for doing what they think is right, no matter what the natives thought.  The focus in America on the individual instead of the community encourages extremists to think they have every right to willfully affect the lives of many others.  Recall when Trump “boasted he and he alone” could fix America.  Can you remember the last time a Superhero held a town hall to make sure everyone was heard before deciding on a course of action?

This (country) is a man’s world. America has any number of problems related to our outdated ideas about men–rape culture, the wage gap and massive numbers of domestic violence to name a few.  Toxic masculinity tells us boys don’t cry and men don’t show emotions.  Men who are unable to navigate their emotional response to a changing world are acting out that anger. Not only are men engaging in toxic masculinity as individuals, but that anger is being stoked nationally by our Angry White-Guy-in-Cheif and results, time after time, in violent attacks: think Charlottesville, think post-election violence. America has long encouraged its men to solve problems with violence instead of diplomacy. And they do.  According to the Washington Post, all but three of the mass shootings since 1966 have been perpetrated by men.

White supremacy is enforced with violence.  Slaves didn’t remain enslaved because they wanted to.  Lynchings weren’t suicides. Civil rights leaders didn’t shoot themselves.  Native Americans,  Japanese Americans, women–anytime someone steps out of line, white supremacy claps back with violence.  Those in power use violence to maintain it.  Even in the movies, your white savior kills his way to peace–Mission Impossible, Die Hard, Every Cop Movie.  The message is clear: violence is your birthright. For white men, acts of extreme violence are ubiquitous, they are normalized, and they are celebrated. Trump’s easy assertions that he will wipe North Korea off the map is so what less than alarming, dismissed as bravado.   This makes sense in a country where we read perpetrating genocide as brave.  This ideology trickles down to individuals, loading them like weapons and unleashing them in a world full of potential victims. 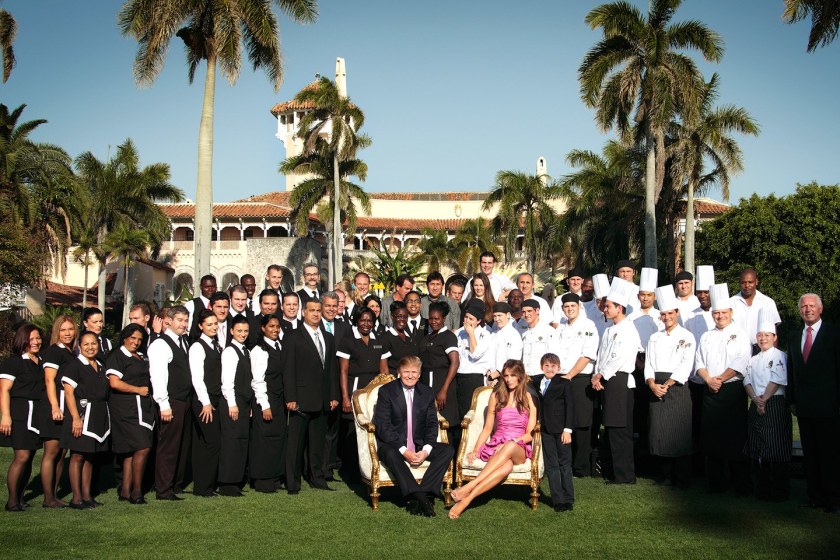 Mexicans are taking your jobs.  Black men are taking your women. Chinese are taking everything else–these complaints, the Mein Kamph of whiteness is the story fueling white anger.  The idea sometimes unspoken is that whiteness believes it is entitled to all the jobs, all the women and everything else that life has to offer in an endless individualized pursuit to conquer happiness.   Want to put countless mom and pop shops out of business to build an empire?  Sure. Want 5 houses and 10 cars? You got that.  Want a team of humans to dedicate their lives to serving you? Coming right up, sir.

If you can take what you want in life then certainly you can do the same in death. Stockpiling guns, collecting the highest body count and a dream of going out in a blaze of glory isn’t typical behavior for the mentally ill, it is a disease of entitlement. Entitlement is believing it is your right as a hypermasculine rugged individual to take the lives of as many people in the pursuit of your own end as you like.

These ideas are not the markers of mental illness, these are ideological positions: beliefs and values at the heart of white supremacy.  It is the pathology of a culture, not the pathology of the individual that stokes this violence.  The skewed news coverage and the claims that he is mentally ill are a dodge to avoid deeper examination of whiteness, the culture that spawns such killings.

If this had been a Muslim shooter, airwaves would have been filled with pundits debating “radical terror”.  Instead, we are focusing on the uplifting stories of people helping people.  While these stories celebrating the heroism of first responders make us feel better, and rightfully so, we also need to take the time for honest critique. Until we start calling our own homegrown terror out, we will face more mass shootings.  So let’s call it out, let’s fill the airwaves and your social media feed with a deeper examination of the dangerous ideas of whiteness.  Let’s identify terrorists no matter their color.  Let’s critique ideology, no matter the origin, so we can all be a little safer.

2 thoughts on “Just a Guy: How Whiteness Fuels Terror”