The 2010s were the decade of the lie. Even though 2020 is shorthand for clear vision, so far this decade is shaping up to be the same as the old one. The life spring of the most consequential lies these days is, of course, our liar in chief.  Trump finished out 2019 topping over 15000 lies during his time in office, or an average of 13 times a day, ranging from the sublime art of election manipulation to the ridiculous claims about windmills. We’ve gotten used to his lying at best, and come to accept it from sheer exhaustion at worst.

Now comes real trouble: war with Iran looms. Mobilized troops have yet to land but the half-truths are already doing major battle on the airwaves.  Wars rise or fall on their PR campaigns.  Shaping public perception of who and why you’re fighting is essential to maintaining support for war. 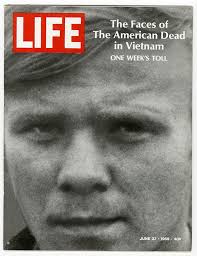 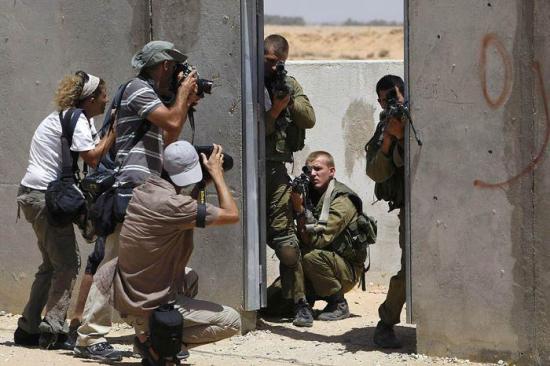 The death count of American soldiers that played on the news during the dinner hour soured American appetite for war with Viet Nam.  Lesson learned, officials in the Gulf wars carefully constrained access to the war for journalists, “embedding” reporters in a move that looked like transparency but that allowed the brass the ability to control where journalists went and what they saw. Even as the war in Afghanistan drags on into another decade, American audiences don’t see flag-draped coffins or the tiny shoes of noncombatants killed on the ground, so there is little energy around stopping a war few of us even remember is happening.

Manufacturing consent—getting people to support your fuckery—is major keys for governments in a time of war.  Wars are won not only with bodies on the battlefield but more importantly with hearts and minds. Think about the powerful imagery from World War 1 or 2: Nazi propaganda was one of their greatest weapons, shaping the perception of Germans, while at home wartime propaganda created powerful American iconography that still stands strong to communicate American values today.

During the Gulf War soldiers tossed Frisbees and candy from tanks to win over Iraqi residents, and at home, they tossed red meat phrases like Operation Iraqi freedom to American’s making us believe we were hero’s swooping not rescue.  Only later was the careful campaign of lies used to make the case for the Iraq War exposed when it was too late to take back the bombs that killed thousands of innocent non-combatants. 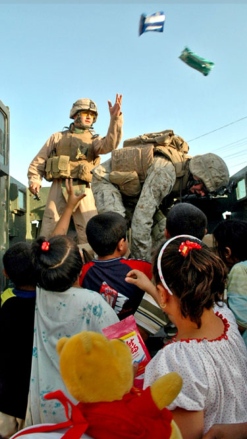 Already we can see the shape that Trump’s story: we didn’t start a war, we stopped a war; the phrases ‘imminent attack’ and ‘worlds greatest terrorist,’ and the claim that they saved hundreds, possibly “thousands of American lives”. These all sound like powerful reasons to support a preemptive attack and stir up the fear of Middle East terrorism that had us in the grip of fear much of this millennia. Is this real talk or more Trumpisms? 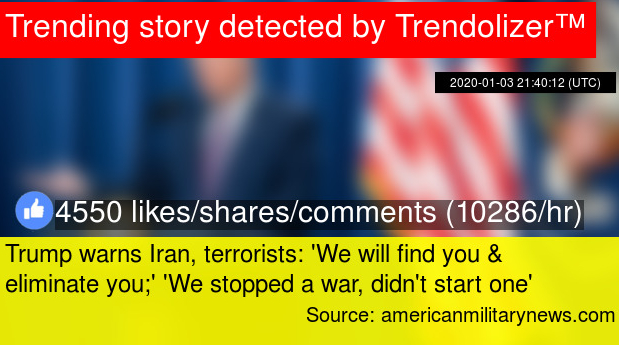 We didn’t start a war. We stopped a war.

I mean this is catchy enough to embroider on a red hat, full of the punchiness with the balance of a great advertising motto.  I’m sure someone got props for writing this beautiful bite of rhetoric.  But what does that mean?  America was not at war when this assassination took place despite Iran’s aggressions. Iran’s steady stream of provocations over the many decades we’ve had beef has not resulted in all-out war—even during the Iran hostage crisis.  Now just a few days after the assassination, both America and Iran are signaling their willingness to get to fighting, each side boasting they already have targets picked out.  So actually, it is looking like they DID start a war. This handy catchphrase is about as true as any other Trump has trumpeted.

We killed the world’s greatest terrorist.

Was this General Soleimani a bad guy in Iran’s long-standing beef with Iran? Yup.  He certainly had his hand in thousands of deaths and was the architect of attacks on Americans.  But this was no Bin Laden, or Al-Baghdadi, no leader of a rogue terrorist group operating outside of the league of nations.  Soleimani was General and one that enjoyed some popularity among the Iranian people who are often at odds with the brutal behavior of their military. In fact, in Iran, one poll shows that Soliman enjoyed a 60% popularity rating in his home country of Iran as opposed to Trump’s own 38% polling in his home here in America.  While it is tempting to see us as Marvel-ready heroes that swoop in to stop bad guys, here in the real world we have rules for war.  Killing a duly appointed official on sovereign territory—in this case, our ally Iraq who did not get the heads up—is against the rules.  Imagine if someone from Iran killed one of the joint chiefs while he was traveling in England.  That’s a fight. If we are ever to win back any moral standing in the world, we can’t do it assassinating people at will. 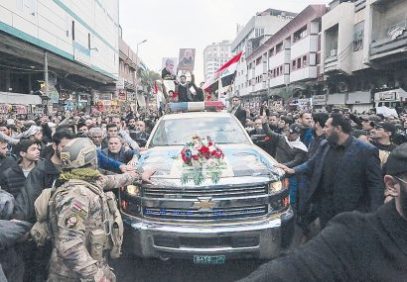 We saved hundreds or thousands of lives.

How can you argue with protecting the lives of Americans? Anyone who did that could easily be branded a traitor, so it’s tricky to question this argument that can only be fact-checked by what doesn’t happen in the future.  With thousands of US troops shipping out, and Americans in Iran and Iraq evacuating the middle East it doesn’t sound like things are about to get safer there.

Trump and his team assure us intelligence had then in the know. Except Trump has spent the better part of his presidency questioning the intelligence community, and ignoring the more reasoned advice of his own generals. Starting just a day after his inauguration and consistent throughout, Trump has derided the FBI, the CIA, and the State Department.  He has dismissed their dire warning about election interference, ignored their work around corruption in Ukraine, and denied their findings of his own shenanigans here at home. Trump is not known for taking his time with military briefings but pulled the trigger on the most extreme intervention with no input from Congress, not the Intelligence Committee or Committee on Foreign Affairs. In the few days since the assassination, already sources are sprinkling doubt on the strength of the story of an imminent threat, with one source saying it was a “normal Monday in the Middle East.”

And the impeachment isn’t even on anyone’s radar now.  Hmmm.

The drums of war tend to drown out more reasonable reasoning.  The importance of getting public opinion on your side means that words are your most powerful weapon at home. So how do you know what to believe? As always, you have to do your work to be informed and stay grounded. But beyond fact-checking, spend some time thinking about what you think about war and conflict.

Don’t wait for one side or another to sell you a story you like—you can decide what you think in your own preemptive strike.  Do you think that assassinations make the world safer?  Do you cosign the killing of innocent people? Do you really honor our military when you send them to fight in a war of revenge? Do you truly believe killing each other solves international conflict?

You are the fact-checker of your own morality. As the fog of war roles in, you better get to work.