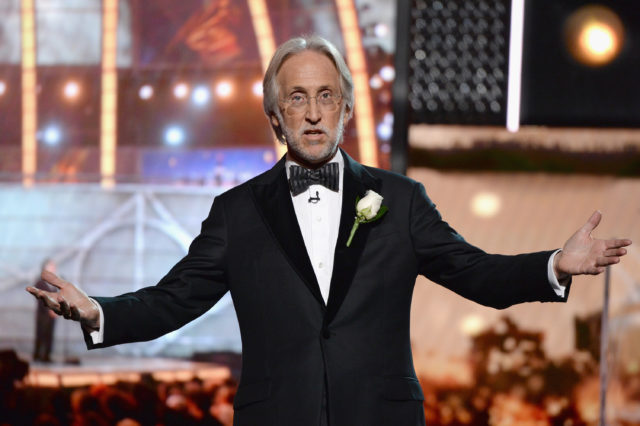 Have you checked out this lid-blowing secret from the music industry?   Hold on to your Katy Perry pompoms.  Your favorite star many not have birthed their biggest hit.

The headline for me isn’t that one man is so amazing that he made all these hits, but that the music industry functions much the same as, say, the peanut butter or paper towel industry in that packaging changes, but behind the scenes, companies are more connected than their brand names would suggest.    We cheer our hearts for our beloved pop stars, without realizing we are being sold a prefab fabulousness.

While Boy in a Band celebrated the amazinosity of Max Martin, lots of people would use a word other than hero.  The pop market of the last twenty years has been called flaccid and insipid, with songs increasingly indistinguishable from each other.

Far from being a fair competition between hundreds of thousands of want-to-be-stars competing not for industry judges or reality TV show audiences, it is an INDUSTRY with a massive internal structure completely mysterious and unknown most consumers.   Call it the MIC, Musical Industrial Complex.  And before you shout American Idol at me, reality TV shows determine the total course of the music industry in the same way that Project Runway runs New York fashion week.  A few breakout stars each season are not the primary drivers of the multibillion-dollar music business.

Sure, the industry works, pumping out stars and filling a variety of pockets, but do you ever wonder what music you would hear if we had access to fresh faces, unheard voices pulled not from the most popular but from the best.

Musical talent abounds in hidden corners of every city.  The music industry selects what they think will be profitable.  As Billy Sparks said in Purple rain “This is a business; you ain’t gone too far to see that…” have you?  Of the hundreds of thousands of records released by record labels this year, only a few hundred get mass market airplay, and fewer still get the massive distribution needed to become a hit.  Never mind the thousands of talented people that never get that break.  Think of all those talent show videos where judges are blown away by a deep well of talent in an unsuspecting contestant.  Have you ever seen someone in your own community who can really belt it out—but is far from a record deal?  What about your favorite local band that never made it big?

So while I doff my hat to the creative genius behind Baby Hit Me One More Time, I also say, move over Max and let someone else shine.  There will be hits, even if you don’t write them all.