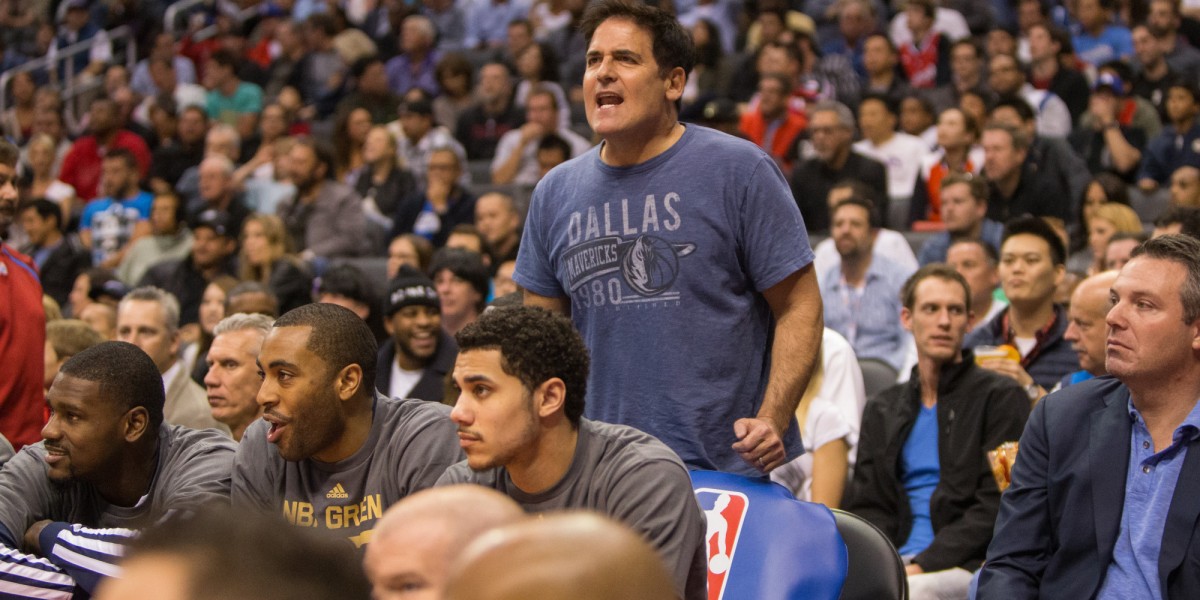 Mark Cuban, outspoken Mavericks owner,  has waded into the shark-infested water that is the Donald Sterling situation with comments he made recently at Inc Magazine’s GrowCo conference this week in Nashville.  Take a quick listen to his comments below:

Cue the media firestorm!  Owner makes racist remarks!  Less than a day later, Cuban has tweeted out a 5 part tweetpology: 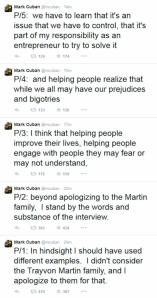 Despite justifiable sensitivity to the still open wound of the Zimmerman case,  I want to put a pause on the mob calling for Cuban’s head.

In our 140-character universe, we have a hard time listening long enough to recognize nuance and complexity.   Listen as the Today hosts brush over Cuban calling out prejudiced behavior as explicitly racist, instead opting to say that the threat response is natural.

Feeling threatened and afraid is natural.  When feelings of fear are tied to all  people of that race that’s racist.  All the people of one particular race cannot be painted with the same brush.  The Today hosts and many in the twitterverse point out that we use stereotypical information to assess threats a process of stereotypes.  Listen to that again–we judge people based on stereotypes.  This is bias behavior.  Just because we all do it, that doesn’t mean that it is right, or that it’s who we ought to be as a society.

We do it, now what? Since we don’t make up and manage stereotypes, if we want to avoid connecting these stereotypes to our own personally held ideas about race, then we have to be aware of when that is happening.  We need to call out ourselves–and other–in the moment.

Cuban is right–most people do hold some prejudices.  But Cuban is also right that we must call it what it is–bigotry,  prejudice, and racism.  We’ve got to begin by owning it and being aware of the thoughts and actions we take on a daily basis.

While you cheer the end to the labored Donald Sterling case as he transfers ownership to his wife to sell off, take a good look at yourself. You probalby don’t operate at Sterling’s extremes, but do you think you are bias free?  And which of your biases are tied to society’s stigmas of race, class and gender? 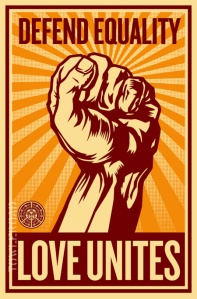 We are all multifaceted humans living complex lives. Can you be honest with yourself when you judge people on what you see instead of who they are?  I challenge you to call yourself out when you stereotype people with race, gender and class stereotypes. I challenge you to be aware of bigoted ideas that float into your head–whether you want them there or not.  Own them, look at them, and challenge  yourself to think differently.

We can’t change what we won’t see.  Start looking and let me know how it goes!

Visit NBCNews.com for breaking news, world news, and news about the economy