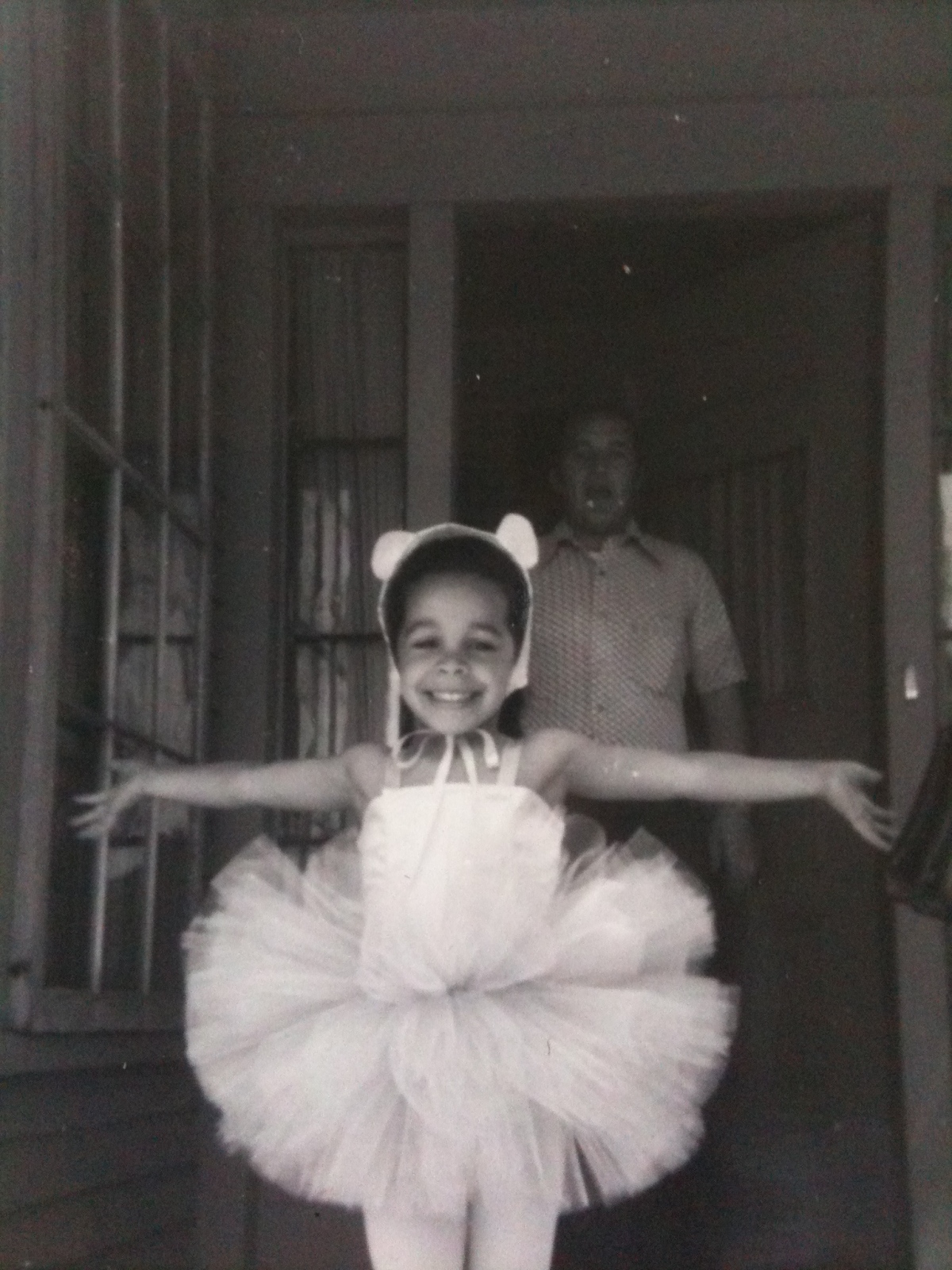 It always starts with the question, first in the eyes, hesitating on the way to the lips but determined to come out:  what are you?  Every mixed race person say amen.  For as long as I can remember, people have puzzled over my features, my hair, my skin color to piece together my race.  The question, and the response we arrive at together has more to do with the questioner than you may think.  And that interaction tells us more about race in America how far we’ve come and the morass ahead.

At the risk of dating myself, as little background is necessary.  I was born in November 1969– a child of the summer of love in Boston, when only a few years later the bus riots would mar forever this city’s already checkered racial history. I was adopted as a baby, but adoption then was a different animal.  A closed adoption, like mine, meant that my (now adopted) parents never met or knew anything about my birth parents–other than the fact that one was black.

Trans racial adoption was uncommon then, and the story is one for another time.  Suffice it to say, I grew up in a white family in towns with almost no diversity at the time I was growing up there.  Identifying my race was not as simple as hauling out the family album or even looking around at my community.  Most of the time, this is how we decide what race we are.  We look at Mom and Dad and do the math.  Simple.

Except its not so simple.  If you look like you might be walking the line between two race you have probably been asked the question on more than one occasion. From the time I was little, people asked.  The question itself is an indicator of the times:  in the 70’s the question was whispered, or more often sneered by nasty children in the playground.  in the 80’s it was asked with curiosity, or occasionally a spark of interest in the days when light skinned was in; in the 90’s when the best berries were blacker it was a test of authenticity.  And now in an era when we debate the end of race, being asked my race reminds me that race, and racism, isn’t going anywhere.

For some mixed race people the answer becomes one of complex math–a half this (which half?), a quarter that (leg piece or breast meat?)–where the family tree is examined and loyalties to each side are weighed.  Sometimes, back up family and community members are referenced to break any stalemate.  For others, embracing all parts of their lineage is the key, living as a testament to the dream of a land where all people live together, integrated fully and culturally complex.

More often than you would image, people argue with the answer you provide.    How often have people thrown the white mother card on President Obama?  Rarely is it said to spark an honest conversation of how race is constructed.  Mostly it’s said in a snarky way, or a weapon to shoot at the authenticity of his blackness. 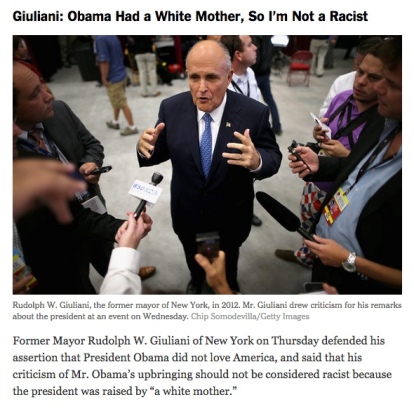 People squint their eyes and appraise your flesh–how light is white?  How much brown equals black?  but it doesn’t stop there.  They weigh your words–talking white or just educated? they judge your body–are your hips black in nature? they question your knowledge of perceived black culture.  In addition to judge they play other roles as well: now fashion blogger, now genealogist, next professor, sometimes confessor.

Free from a pedigree and family tree, I find people more likely to debate my racial identity with me.  I think this tells us that race is not just about what we think we are but is also significantly about what society says.  The conversation reveals how we divide people into racial categories: do you really think you’re black?  but you’re light skinned, so you’re not all black.  How did you decide you were black? how do you know that you’re not (insert nation here)? Do you even know what you are?  Over the years, I have been called a mulatta (stubborn mule!) a half bread, mixed, light, red, mutt, black bitch, nigger.  The names, they also are like a timeline of race in America.

When I was little–maybe 4–I was watching Bugs Bunny with a friend of mine.  We were watching the episode where Bugs is being chased by a witch doctor .  To escape Bugs put plates in his mouth to make big lips so he can blend in with the African ladies passing by.  My friend looked at at the TV  and then pointed to me.

I was shocked.  But I wasn’t.  I had seen the way my friend looked at me mirrored in the eyes of of other children–and adults. The easy way that my friend made a connection between the fake African stereotypes on the TV and me puzzled me.  I had been unaware of my race until then.  Later I wondered what everyone could see in me that made them know I was different when I looked so normal to me. My journey from that afternoon watching cartoons to here—not so coincidentally teaching about race and media–has been a complex conversation about race with my environment.  Through my teen angst, my reeducation into a wider historical narrative, a hundred conversations that start with the question and not a few  decades of deep introspection, I can tell you one thing I have never been: white.

You see, race is a social construct, and one that has only been around for a few hundred years.  Race, as a marker of identity, was created to structure power relationships–most markedly between whites and enslaved blacks, then later blacks suffering under Jim Crow, and even today blacks struggling with systemic racism in our post Obama age.  Beyond black and white, race decided who has to go to the Japanese interment camps, who was forced onto reservations when the slaughter was over. Race decided who could own property, who could marry, who could move into a neighborhood and who could go to school where.  Still today with the voting rights act being dismantled race is a factor in who can vote and who has to show their papers, please.

You may have noticed that it didn’t matter how light your skin or your lineage, race is decided in the halls of power.  The categories of race do a poor job describing the human and a great job describing the lines of power and privilege.  Ask one of the 6.5 million american who are mixed race, 1.8 million alone who identify as black and white–we are a living testament to the fuzzy lines that mark race in America. The math doesn’t make sense.  What looks like a solid divide in those check boxes on forms is a wide foggy boundary, a gray area that mixed-race people navigate every time you ask them the question.

The journey is not over.  America is marching slowly but surely to a tipping point where white will no longer be the majority. You can bet that the construct of whiteness will make us pry privilege from it’s cold dead hands.  Like all times when race was used as a tool to divide working class and poor whites and black, we see racial rhetoric and racial tension on the rise.  We see overt systemic racism in all our systems.  We see anger between people in the streets.

We African Americans with light skin, brown skin, mixed race, never-white-enough-skin walk the front lines in these battles.  We are the lie of race being a real way to divide people.  We are the truth of  the race that is human, all of us mixed from our birth in the womb of Africa.  We are victimized by systems of privilege that clearly label us non white. We are the witnesses to all the ugliness too scared to confront our darker sisters and brothers.  We sit in the rooms when they think we’re not there, forced to confront the casual racism that happens behind closed doors.  We are questioned by both sides–papers, please–as we navigate the borderland between the poles of black and white.

So for my black brothers and sisters, and others from different mothers in the struggle, don’t forget that racism is a tricky animal that takes more than one shape.  Don’t assume that life light-skinned is carefree.  We, too experience racism, which can be compounded when the people who understand that pain best won’t acknowledge it might be happening.  To dismiss our lived experiences with race is to perpetuate a divisiveness that is part of our painful past, but not bred in our blood.   Race is a recent construct, but all people of the African diaspora share deeper, older roots, roots that matter to all of us, no matter where we landed or what shade we bore.  We are family, and we need to be…..and you know, it’s never a good look when your charges of racism are summarily dismissed just because of the color of your skin.

To our white allies, respect our right to self identify.  Respect our right to be black.  Judging my blackness by my shade ignores the long and complex history of race, and my lived realities of which you are wholley unaware.  If you want to ask the question, do it with respect and listen with an open mind, not a snap answer.

And to America, race isn’t going anywhere.  Seeing systemic racism isn’t enough. We need the political and social will to make fundamental changes to how we treat each other in the halls of power, not just in the streets.  As long as systemic practices reproduce racism, it will always be with us, no matter how many of us wish it away.  Having an uncomfortable conversation isn’t enough; We need to act in ways that dismantle racism at its core.

There are no easy answers, and there isn’t one way.  Culture is complex–ask one of us, we know.  We definitely do not have all the answers but we stand in challenge to race as usual.  We live past the coming tipping point  We don’t know what lies ahead to end racism, but those of us in the fog are finding a way to move forward, ever forward.