Recently this Ariel laundry soap ad, titled #sharetheload , from India crossed my desk (thanks, D!) and brought a little tear to my eye.

The touching story of a father who learns–not too late–the importance of balancing the second shift at home is more than just bubbly suds.  When women entered the workforce, the talk was all about being able to bring home the bacon AND fry it up in a pan AND of course cater to your mates masculinity.  After years of all y’all trying to have it all, it’s time to concede:  work-life balance is a struggle if the partnership follows the plotline of Leave it to Beaver or today’s patch of modern sitcoms with dope dads and super moms.

The Don Draper uber-masculine scotch drinking dad of yesteryear is dead.  Cold distant dads are out.  Today with a wide variety of family structures and work commitments, the old school gender-role  driven division of labor is giving way to more balanced homes.  What’s more, sharing chores with your mate is good for more than clean laundry.  Here sociologist Michael Kimmel talks about the many benefits shared home-work.

So don’t wait till you’re a silver fox to pitch in at home.  Who knows, dinner might not be the only thing you get cooking! 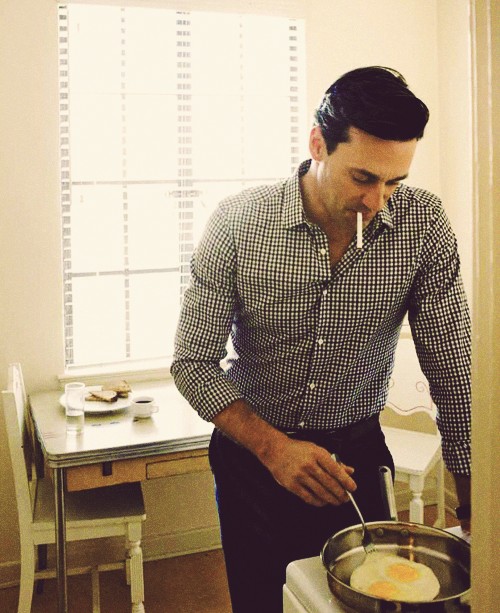 And cause, you know, we love to be number one, here’s some March madness rankings of our gender gap compared with 100+ of our nearest neighbors.  Spoiler alert, Iceland won global rankings of gender equity.

I came across this super cute ad from Australia’s ANZ Bank where little girls detail a world that seems weighted on their failure.  The depressing facts are spoken in sweetly by girls in some fantasy room, drenched with sunbeams and piled with books.  To top it off, there’s one tough little grasshopper who wants youth know how strong these girls can be.

Nice, right?  The ad is a part of a campaign by ANZ Bank to address the gender wage gap.  In addition to the ad, their announced they will be adding and extra $500 to the annuity funds of each of their 12,700 Australian female employees. That’s 6.3 million dollars  for the ladies: bonus!

Now I love free money as much as the next, and the bank is clearly articulating that they know the wage gap exists-soooo with you! As a woman that earns a wage, I’d rather be paid fairly–every year–than receive a lady-boys to make up for it.  That seems like a booby prize to me.  I wager I’m not the only woman who wants  wage equity, not a handout.

This week mega-retailer Target announced that it will be doing away with gender signage in the children toy,entertainment, and home goods department.  The move comes after parents complained about the pink aisle, a pink fluffy princess zone full of all things sugar and spice and everything nice.  How do you grow up to love math, or science, or reading, or adventure if the only toys and goodies you see are focused on looking pretty and dressing up?  You can’t.

I grew up with three brothers and I never wanted to be left behind because I was a girl.  Seeing my older brothers as role models meant I saw worlds of possibility blocked from the view of the pink isle.  Now all girls, with brothers or not will see a world of play more like the real world that they will grow into.  Boys likewise will be freed from early training in hyper masculinity and have new opportunities for play and imagination–like this sweet easy bake oven.

Let’s hope target is just the first of many stores that open up the traditionally binding boundaries of gender in boys and girls play and products.  Here’s to more lavender!

Surprisingly, some of these accurate costumes are not far off from Disney’s own.

What I want to know is, why have we not created a female heroin since women started wearing pants?  Hummel’s drawing point out that the Princess is outdated–none of them exist in our own modern era.  None of them are young enough to wear pants.  So why does the toy isle for girls look like this?